I happened along at the right time this morning to witness quite a battle for a nesting box between a pair of Violet-green Swallows and an intruding male House Sparrow.  I set this nesting box up earlier this year just outside of The Lodge where we live in at the Dallas Retirement Village hoping to attract swallows.  This box has a specifically designed narrow opening that will allow swallows to enter, but too small for the heftier House Sparrows to enter. For several day now the Violet-green Swallows have been hanging around this nesting box, and in fact this morning I saw the male collecting nesting material. 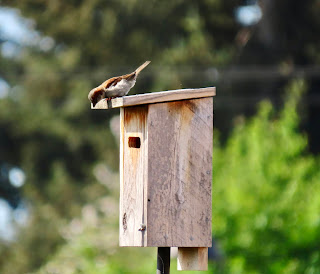 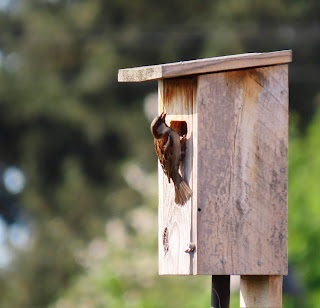 He drops down for for a closer look 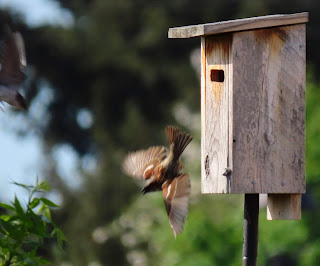 Its hard to make out, but on the far left is a male Violet-green Swallow in attack mode, and the House Sparrow is fleeing. 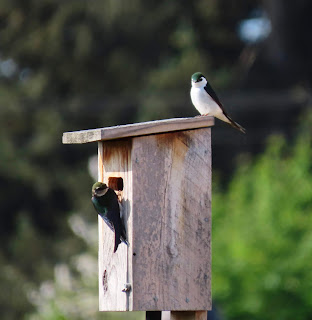 The male and female Violet-green Swallows back in control of the nesting box. I hope they will win this battle, as House Sparrows are very predacious.
Posted by The Rambler at 4:39:00 PM