We choose to go to the coast on Monday after what I was sure was the mad house of Sunday.  It was a good decision and in part because we were in the car, not the motorhome, we discovered some new birding locations. 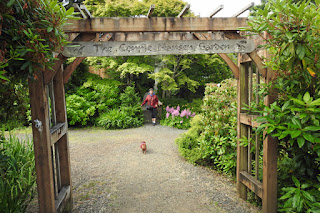 Connie Hansen Garden Conservancy
I found this new location on eBirds Hot Spots, and it is a real gem, small but compact, and loaded with birds.  Amazingly this is tucked away in busy crowded Lincoln City. This is a must return. Here is our observation list complete with photos. 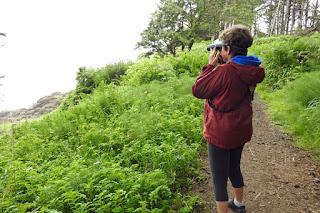 Rocky Creek State Park
Rocky Creek State Park in located on the south-side of Whale Cove.  Just installed this month is a new observation deck looking over Whale Cove.  It was a slow day for ocean birds in the cove, but we will be back.  A scope would be handy here. Be forewarned that this trail lacks signage and takes persistence to find the observation deck at this time.  I'm sure Oregon State Parks will improve the trail and post signs to direct people in the near future. 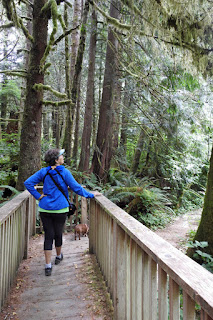 Depoe Bay City Park
Depoe Bay City Park is not actually new to us, we have been enjoying it for several years.  It too is hidden away and overlooked for the most part.  A wonderful trail follows up along the creek from Depoe Bay into thick coastal forest. The thing we discovered here is that when the afternoon winds pick up on the ocean, this is a great little protected escape. Here is the eBird Hot Spot.
Posted by The Rambler at 8:23:00 AM 1 comment:

Summer is for the Birds

Finding ourselves with out a motor-home since the 28th of June, and for probably the rest of July, is for the birds.  As Dr. Seuss would say; "We do not like it, not one little bit". We didn't fully appreciate how much we were dependent on using the motor-home to escape from the boredom of home and summer's high temperatures. Continuing oppressive heat, and lack of an RV to escape to the coast for days at a time, is forcing us to change our schedule around. We get out and get our birding done in the cool of the morning before retreating to the air-conditioning of the house. In this sense, we are trying to save our summer by focusing on the birds. This worked out pretty good yesterday, we were down to Wallace Marine Park a few minutes after 7:00am and were rewarded to a good couple of hours of birding.  As we walked across the railroad foot bridge I spotted a Peregrine Falcon atop the bridge, the first of two for the day. The second Peregrine was spotted under the Center Street Bridge. 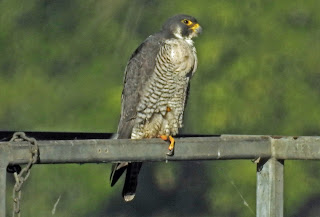 We continued to see and photograph a good number of birds as we walked through the Salem Riverfront Park.  Our turn around point was the Peter Courtney Minto Island Bridge.  As we neared the top of the bridge, Jeanette though she recognized a Killdeer calling.  It did not sound exactly right, and then she spotted three Spotted Sandpipers, and adult and two juveniles. 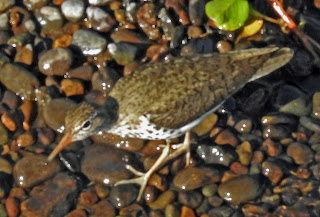 Spotted Sandpiper are members of the plover family, and like the Snowy Plover that we have a good amount of experience with from our volunteer work on the Oregon Coast, it is the male that gets stuck with caring for the juveniles.  In this case we got to watch him as he try to control and direct two juveniles. 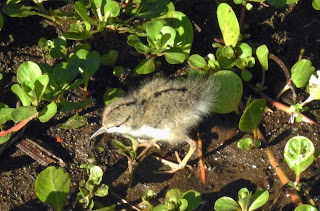 juvenile Spotted Sandpiper
Spotted Sandpipers. like the rest of the Plover family, which for example includes Killdeer, make their nest right on the ground.  The day the chicks are hatched they are very functional and almost immediately walk out of the nest. Dad then begins the important task of oversight, protection, food, and keeping them hidden. This could be this chick's first day.
Posted by The Rambler at 7:52:00 AM 2 comments:

In and Around Klamath Falls 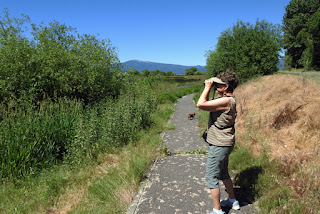 We spent five days and nights living in Klamath Falls after our disastrous deer strike on Thursday July 28th.  We spent our nights in our motor home where it was towed, Excel Auto Body, and our days visiting local parks and birding.

After picking up our rental car on Friday we went birding at two local e-Bird Hot Spots, Lake Ewauna Nature Trail and Moore Park. You can see the lists and photos by clicking on the high-lighted words. 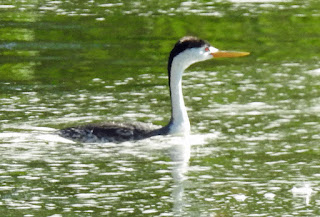 Saturday we drove out to Agency Lake and spent some time birding the Wood River Wetlands, visiting and checking out Train Mountain, and cooling off on the banks of Spring Creek at Collier Memorial State Park. 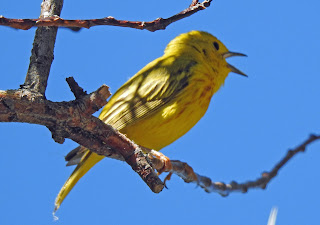 Sunday we made a return trip to Collier Memorial State Park and hiked the River Loop Trail in the morning and again spent the afternoon on the banks of Spring Creek. Our plan each day was to spend as much time as possible away from the motor home which got very warm in the parking lot on the exposed south side of the body shop. 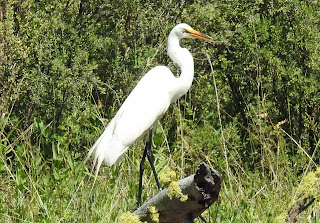 Monday we made a trip to Dunsmuir, California and to the Railroad Park Resort to deliver cake and gifts to grandson Bobby for his birthday. We had a nice brunch there and a good hike at the near by Hedge Creek Falls Trail.  Then we returned to Klamath Falls for the night. 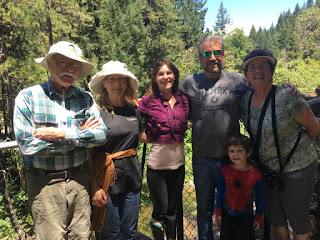 Tuesday we packed up our rental car, a Kia Soul, said a sad good-by to Serenity our motor-home, and drove home to Salem where we will wait out the time it takes for repairs to be complete. 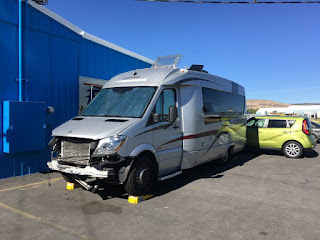