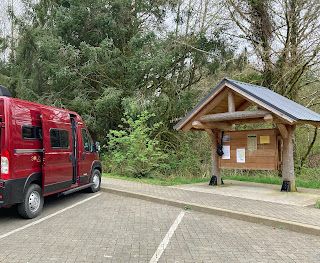 We make a lot of repeated trips to count and photograph birds to many of the same locations. Some become favorites, and we probably visit them at least once or more every month.  But every now and then we find a new, to us, location.  This was the case for this eBird Hotspot on the Salmon River Estuary at the Oregon Coast. It's almost hidden away on Fraser Road, just off busy Highway 101, north of Lincoln City.  There are no signs to announce a name of the parking lot, complete with an Information kiosk, restrooms, graveled trails, and picnic tables. There are only signs to the effect that it is "only open dawn to dusk, no camping or over-night parking", and a gate that is electronically controlled. I had recently picked up a clue, when a birder put in an e-bird observation list, and left the comment, "what is this place?". That of course caught my attention, and I followed up with some map research. Taking Highway 18 west, we took the exit to the right towards Tillamook and Hwy 101, and then a quick left on Fraser Road. Out of sight around the bend we found this wonderful parking lot and proceeded to enjoy a wonderful bird walk.  See our list here. 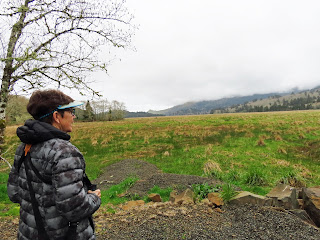 I have recently been plagued with knee pain resulting from a series of falls in the last month, which has made going on a bird walk of any distance impossible.  For the last two days we have resorted to birding by car. The justification is that we are doing a survey of Osprey nests. It's especially appropriate because this is the time of year that Osprey return North to breed, nest, and raise their young. 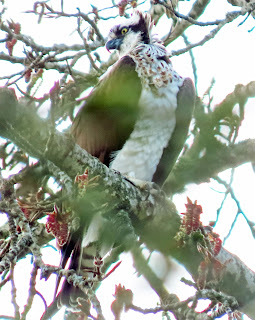 Yesterday, March 19th, we found our FOY (First of the Year) Osprey in the Cottonwood trees along the Rickreall Creek Trail System in the Roger Jordan Community Park Section next to the Dallas Aquatic Center. 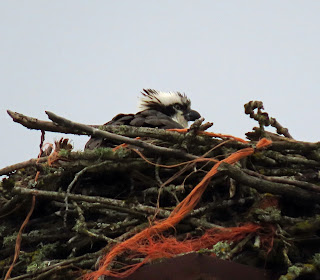 Today, March 20th, after checking seven different locations, we found this pair on a nest along Buena Vista Rd, south of Independence. The female is deep down in the nest, and her male is on a pole just across the road. 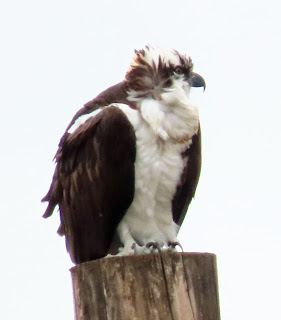 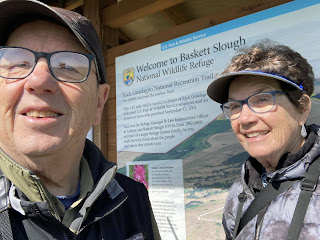 Our destination for this morning's birdwalk was the Rick Guadango Memorial Loop Trail at nearby Baskett Slough National Wildlife Refuge. We had bright sunshine with very little wind.  We met several old friends and saw a respectable number of birds. You can see our total bird count here. 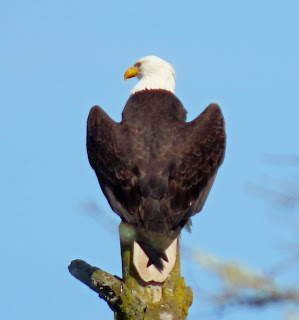 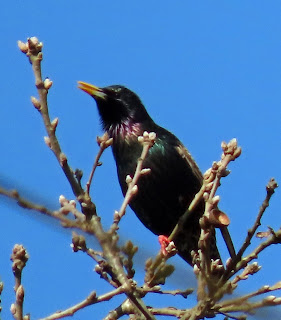 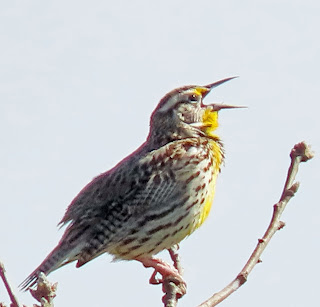 Yesterday afternoon we drove out to Ankeny National Wildlife Refuge, south of Salem, to check out the new Ankeny Hill Nature Center.  We were delighted with what we found, and although the main building, Mark Gehlar Hall, is still closed because of Covid, we went for a walk on the Big Loop Trail and made a bird list. 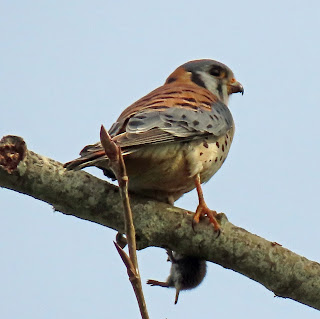 The most impressive sighting was a pair of American Kestrels.  We watched the male dive to the ground and fly back to his perch with a small rodent. He did not start to eat it immediately, but I noticed she flew further away. Did he mean for the catch to serve as a gift?  Was she playing coy and testing his resolve? It's interesting to watch nature play out and attempt to interpret our observations. 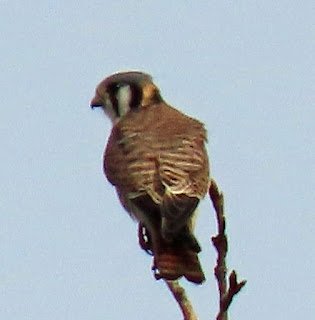 We enjoyed our time on the trail. It is well graveled, so appropriate year around. There is much of nature to observe there born out be the fact that we saw a herd of fifteen Elk. I'm sure we will be returning. 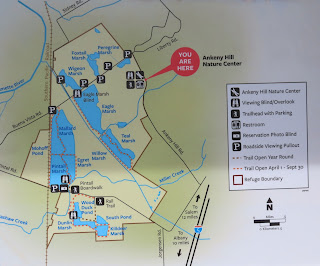 Finally, after seven rain soaking days, the rains have ceased and we have bright sunshine in Dallas, Oregon.  And for the first time in seven days, I got in a morning bird walk here at Dallas Retirement Village!  There was a cold wind from the north, but the combination of a dry day and sunshine brought out the birds. 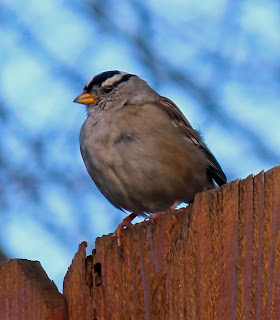 One of three White-crowned Sparrows, after not seeing any for a month here at Dallas Retirement Village. 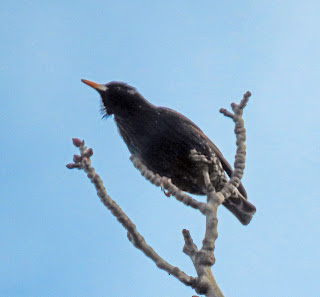 European Starlings are ever present and so vocal. 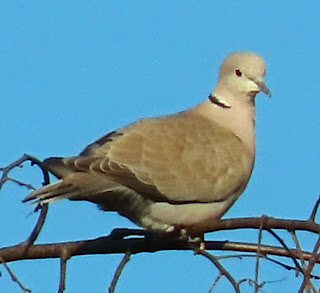 Two sets of pairs of Eurasian Collared-Doves, busy with what birds do in the Spring. 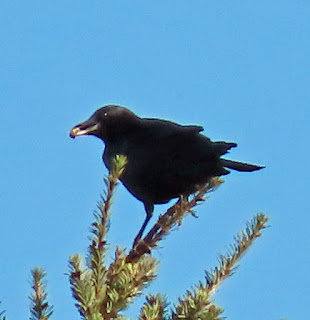 An American Crow, the dominate thief of all things edible. 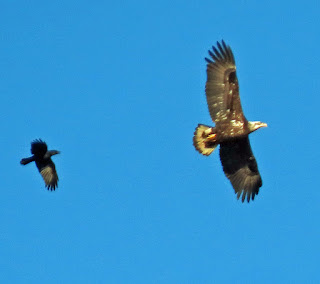 A hapless young Bald Eagle is chased out of our air space by a Common Raven. 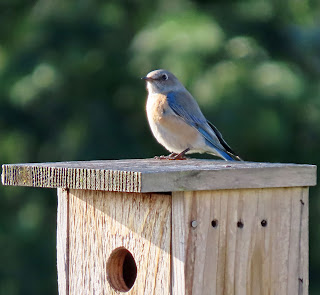 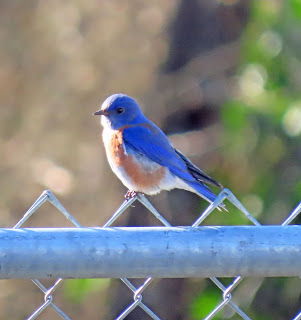 A pair of Western Bluebirds appear to be laying claim to this nesting box for the third year in a row.