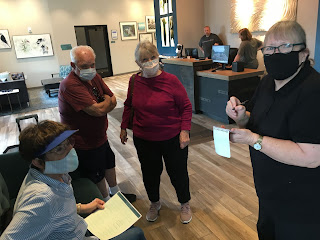 Yesterday we met friends Ron and Mary from California at the The Territory Restaurant in The Independence Hotel. It was the first day of the resturant's re-opening with an adaption to Covid-19 of a new "take-out" ony menu.  We walked into the lobby not knowing we were supposed to phone in the order.  We were their very first customers, and they were very gracous with waitress Jill Peters taking our order right in the lobby.  Because Ron and Mary had booked a room we had access to the Roof Top Deck on top of the 4th floor to use for our dinning. 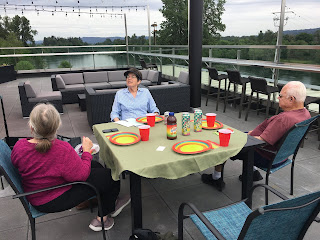 We had the deck to ourselves and Jeanette had thought of everything, and bringing a table cloth, paper plates, plastic cups, beverages, and cookies. 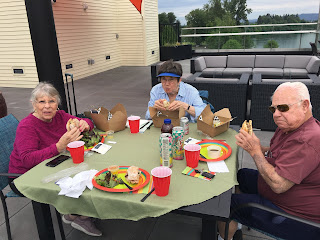 The waitress called me when our take-out order was ready and I went down and picked it up. Jeanette, Mary, and I had Cuban sandwiches, Ron had a French Dip sandwich. The food was outstanding. 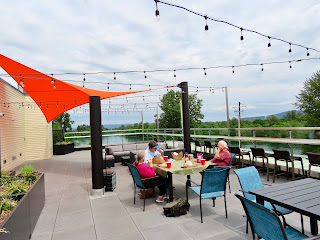 The view overlooking the Willamette River was also outstanding, and we could keep our eye on the Osprey nest while we ate our lunch. 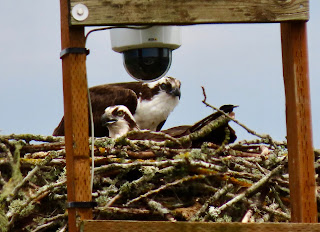 The female Osprey was setting on the eggs, while the male who has just brought in an additional stick for the nest, was waiting his turn to sit on the eggs, which the staff explained now has three eggs. 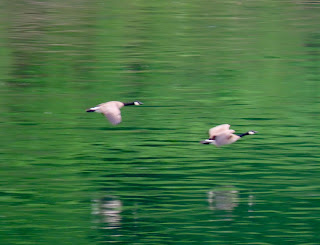 It was strange to look down on the Canada Geese flying on the Willamette River.  Of course I had to make a bird list, which you can see here.
Posted by The Rambler at 5:41:00 AM