All three of our bird houses are now occupied here at 3346 Walnut Place.  It took over a month of the birds checking out the houses before every couple had settled on a house, which was a much longer process than I had thought it would take. 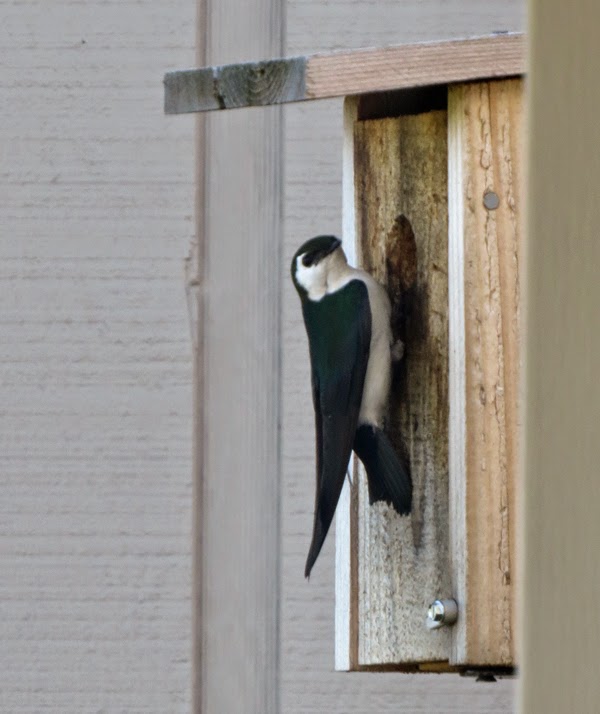 A male Violet-green Swallow is show above checking out house #1 on March 26.  They failed to follow up with signing a rental agreement, and #1 was ultimately rented by a pair of Black-capped Chickadees who took possession around the middle of April and I believe are now sitting on eggs. 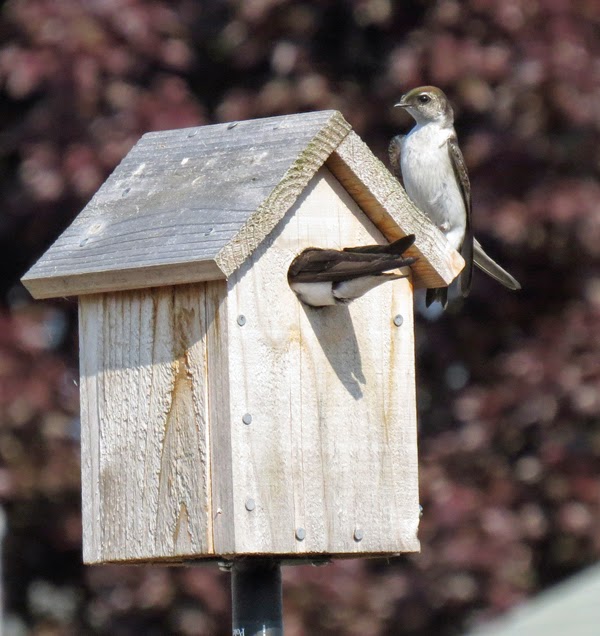 The Violet-greens eventually settled on house #2.  This photo taken on May 1st shows the male inspecting the interior while the wife waits patiently. I saw her later that day bring nesting material to the house. 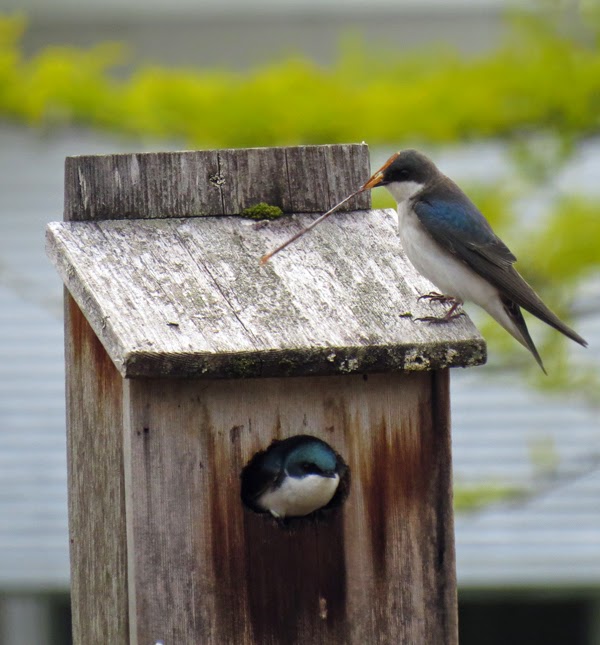 The Tree Swallows ended up with house #3, even though they spent a lot of time considering house #1 and house #2. This photo was taken on May 2nd and shows Mr. sitting on the front porch while the Mrs. is bringing a piece of nesting material to the box.
Posted by The Rambler at 6:29:00 AM