Because of temperatures in the ninetis es in Salem, Jeanette and I decided to escape to the coast for a couple of days.  I looked for a destination that would have a campground and good birding, and selected Whalen Island in the Sand Lake area south of Tillamook.  Whalen Island has a county park with a campground and is right next to the Clay Meyers State Natural Area.  Arriving at the campground we found out that the cost for one night was $37.50, no water, electric or sewer, and on top of that there was no cell phone service.  We opted out of staying there, but decided to spend the morning birding at Clay Meyers before moving on to check out different camping options. 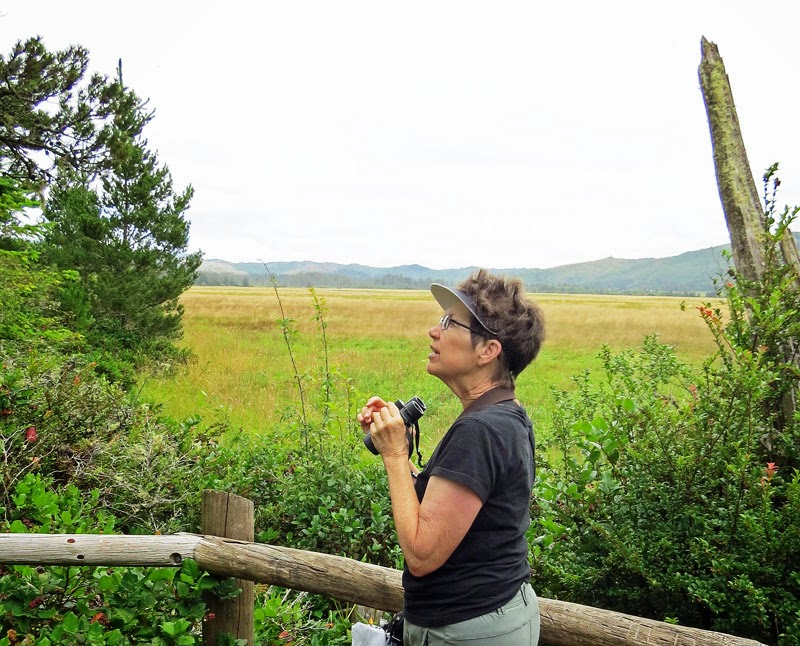 Clay Meyers State Natural Area has a good trail that loops through a mixed forest with occasional open views to wet lands and sandy beaches. We were pleased to be able to hunt down some Red Crossbills busy with harvesting cone seeds. 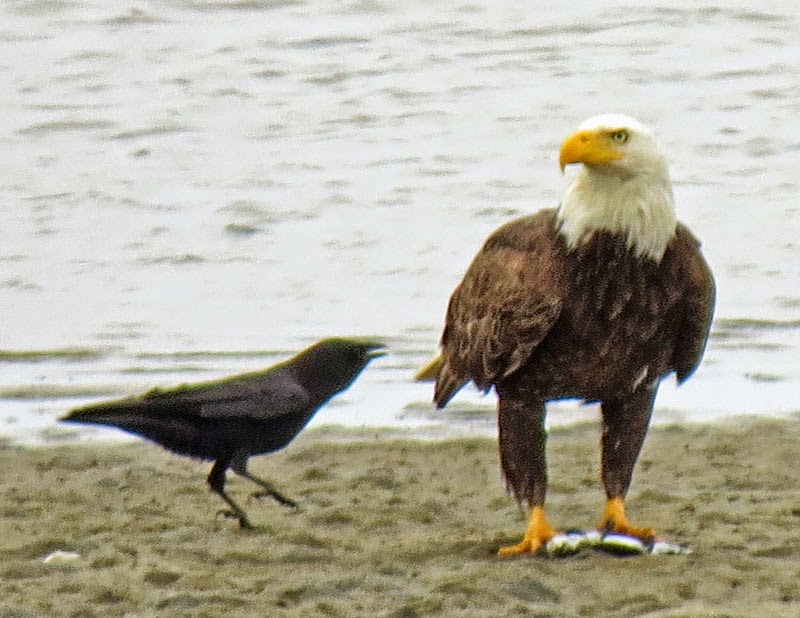 The tide was out a good ways giving us access to wide beach areas where Buster got to run and we were treated to scenes like this of an American Crow trying to threaten a Bald Eagle. 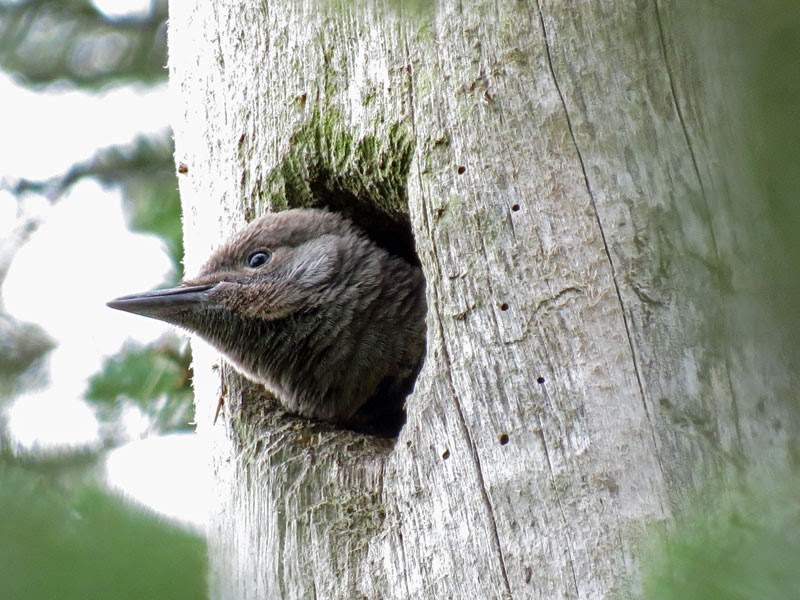 Another highlight was this nestling Northern Flicker looking for some more food from his parents.

After the luxury of lunch in the motor home we traveled on over Cape Lookout, and on to Tillamook where eventually we located the Port of Tillamook RV Park, $10 a night.  More later.
Posted by The Rambler at 8:31:00 AM