Every once in a while I stop to ponder that possibly everyone is not as interested in birds as I am.  I actually am interested in and take photos of other forms of nature.  Featured in this blog are some that I have taken in the last couple of months. 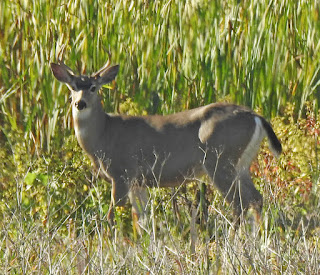 This nice buck with antlers  was one of seven Black-tailed Deer we saw this morning while birding at Fairview Wetlands in Salem. 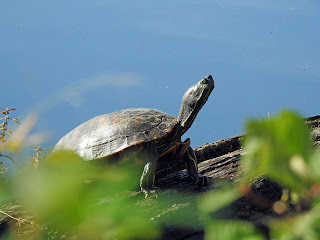 While birding at Huddleston Pond in Willamina this past week I saw this turtle.  I was glad to notice it was not an invasive Red-eared Slider, and thought at first it was a native Western Pond Turtle, but looking at it closer after loading the photo into my laptop, I realized it is a native Western Painted Turtle. 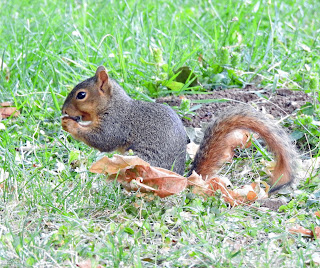 An Eastern Gray Squirrel was a busy guy the day we watched him at Nesmith County Park in Rickreall. A non-native that is so wide spread here in the Willamette Valley, that  is probably looked at by most people as a native. 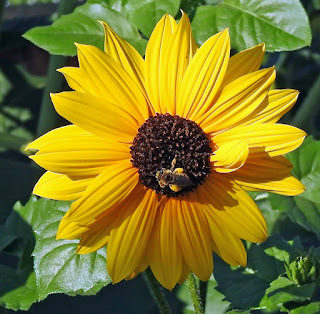 This sunflower photo was taken back in August in the community garden here in the Dallas Retirement Village. Although this sunflower is beautiful, I was actually after the bee in the center.  This is the smallest critter I am featuring today.