There is a noticable change in bird behavior going on in recent days.  A couple of mornings ago while birding at Dallas Retirement Village a pair of American Crows caught my attention.  They were sitting side by side on a limb, and acting a little strange.  As I continued to watch, it became obvious to me they had a little courtship behavior going on. 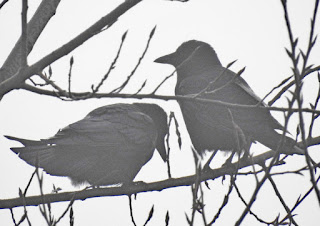 The female, on the left sidles up a little closer 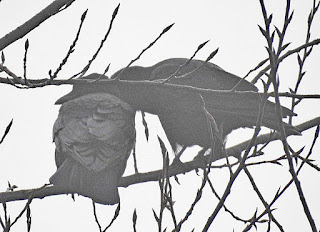 He whispers sweet nothings in her ear 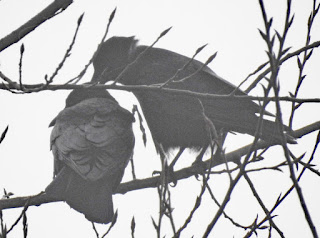 He gives her a playful peck on the neck 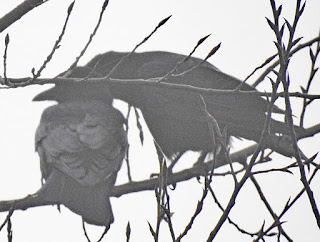 He leans in to give her a little smooch