Camped in the White Tanks 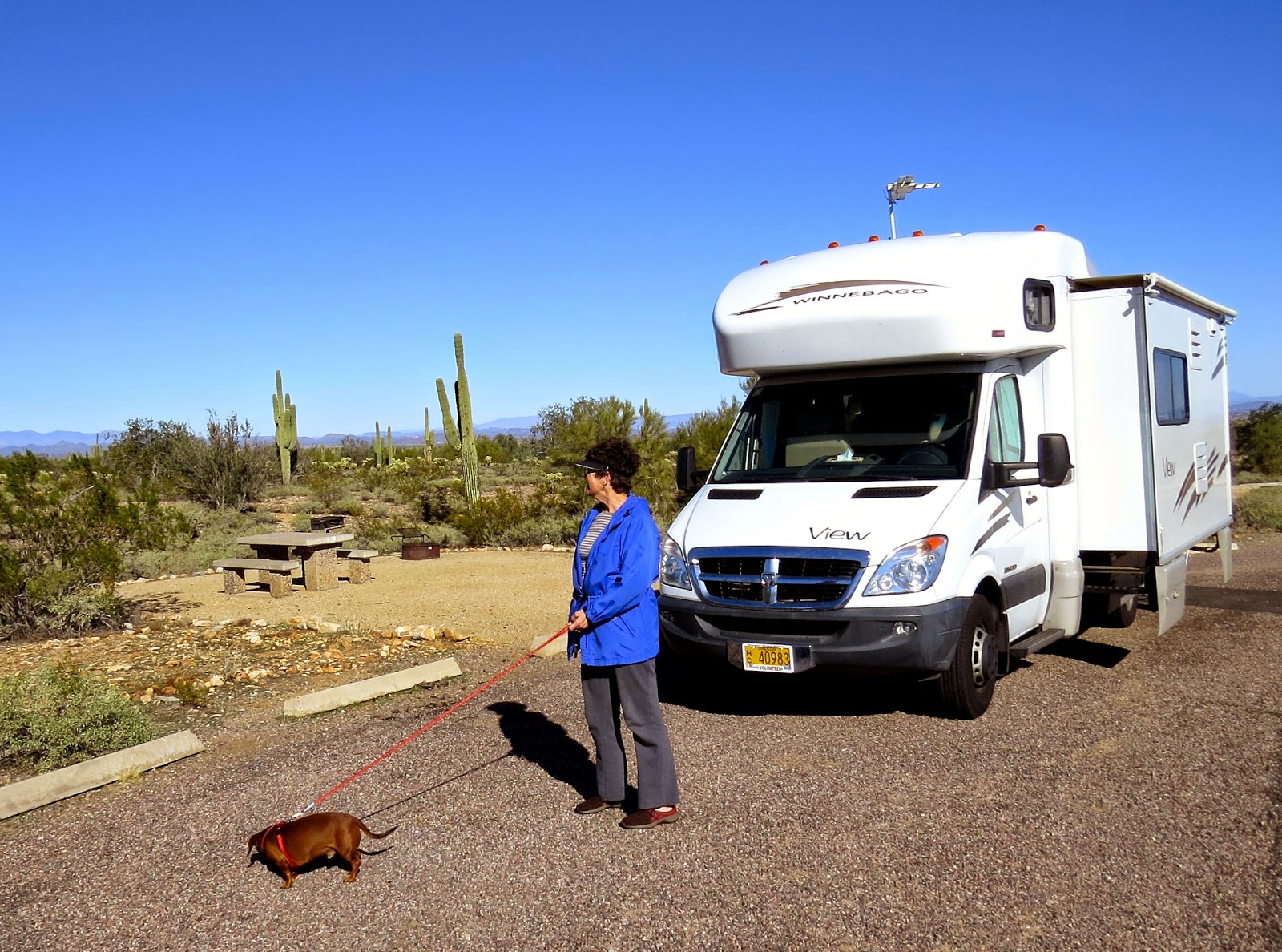 After two nights parked on the curb in Sun City, yesterday we moved to a campground in the White Tank Mountain Regional Park.  Campsites here now have both water and electricity with a dump station available. We payed for three nights at $30 a night, but when you  take into consideration that the previous four nights were free, our average is less than $15 a night. Our site is just a couple of sites away from the Ironwood Trail which gives access to a vast network of a dozen other trails in the park. Cell service is very poor here so I am only downloading one of the three photos I intended to use, one of which showed the setting sun reflected off of the skyscrapers in downtown Phoenix last night. 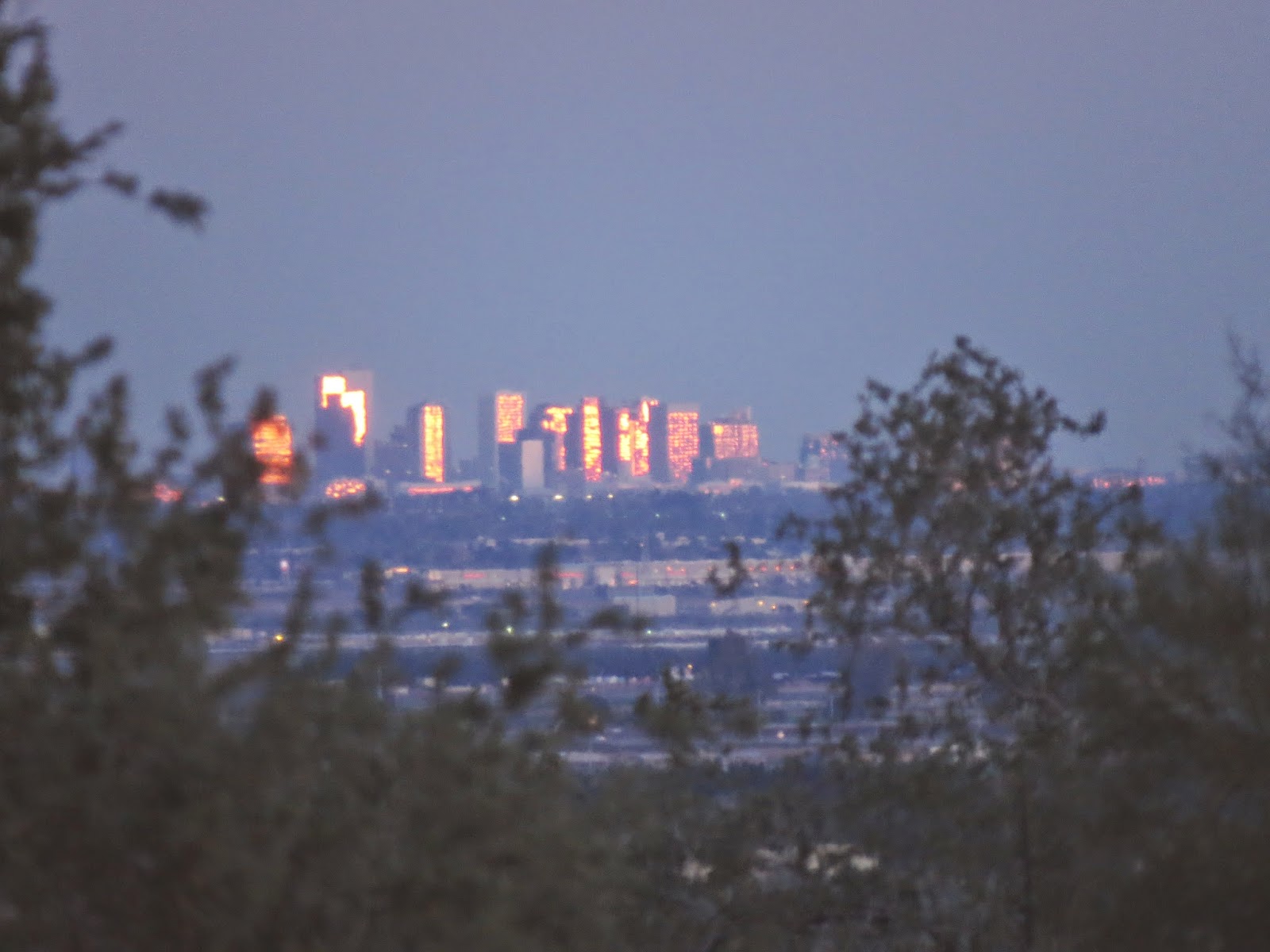 (Added later when good Internet was available)
Posted by The Rambler at 7:11:00 AM