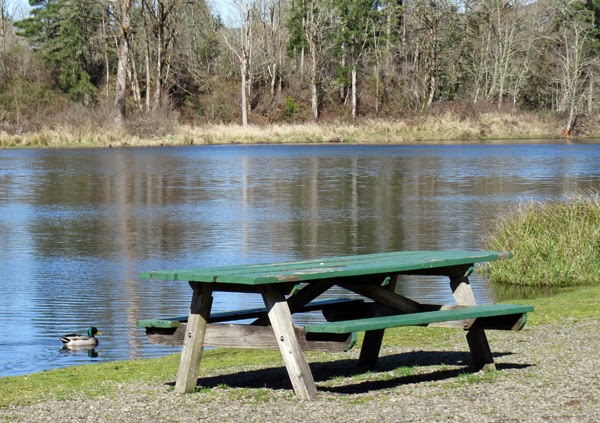 We went to the Lyons City Park today, one of our favorites. Lyons is a small community along the North Santiam River east of Salem. It's a spot we "discovered" fourteen months ago and have been back many times.  In fact, to date we have identified 50 different species of birds.  It apparently is our secret spot for birding because I have never read or heard of anyone birding there.  Maybe the name puts people off, instead of being known as a refuge or a preserve, or a nature area, it is simply a city park, and perhaps that conjures up images of play grounds being over run with kids, skate boards and swing sets. It is in reality a birding oasis. The center piece is an old log pond as shown in the top photo which in winter holds many migrating water fowl. 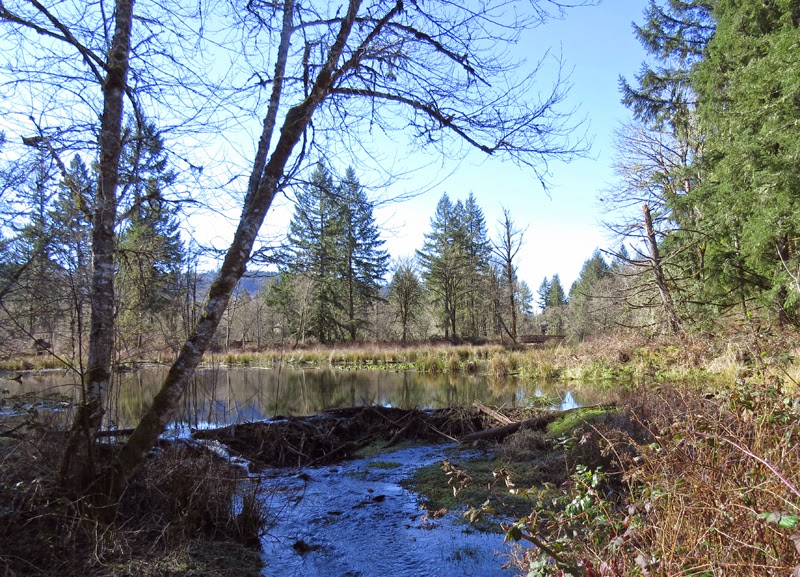 In addition there is a series of ponds built by industrious beavers that puts most park architects to shame. Even if you are not interested in birds it is worth the effort to walk the park and marvel at the complex system of dams and ponds. The end result is a haven for all kinds of birds to be enjoyed year around. 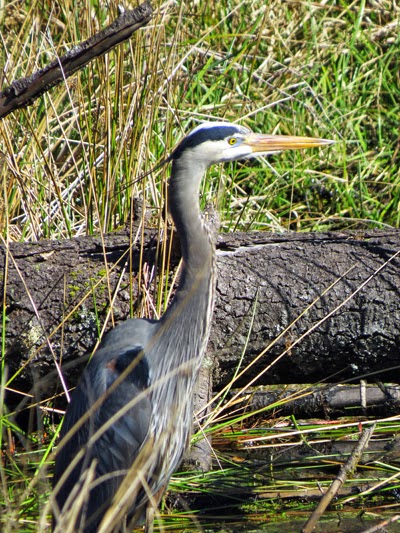 A Great Blue Heron waits patiently for a frog or fish. 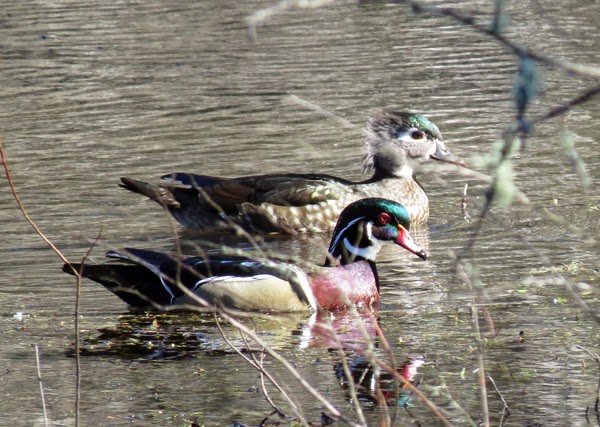 A pair of Wood Ducks attempt to slip by unseen. 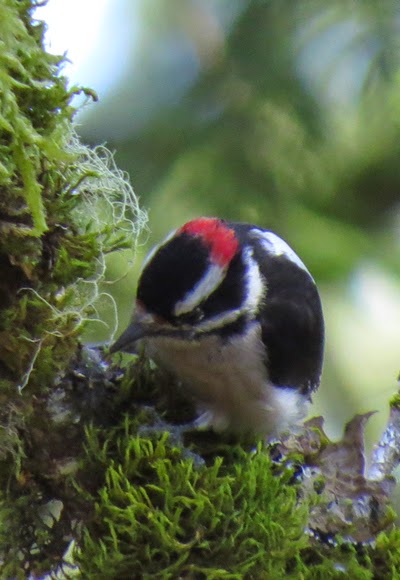 A male Downy Woodpecker searches for bugs in the moss.
Posted by The Rambler at 3:56:00 PM